I'm headed off to the wild of North Carolina Thursday morning before the sun rises - the flight leaves at 5:55 a.m. (AAUUGGG!!!) I will be gone for almost two weeks. I don't think I want to carry the big camera with me, so I'm thinking of just using my cell phone instead.

The Engineer seems to be able to get some pretty decent shots with his. 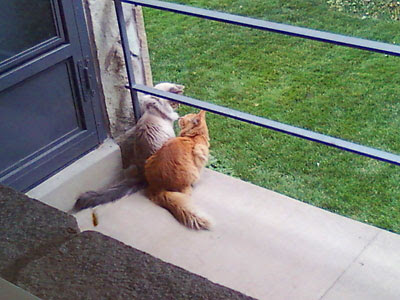 And isn't this exactly what I expect him to take a picture of. Looks almost like a professional ad, doesn't it.

So far my phone photos (is there a polite word for suck?) are less than stellar, but, what the heck. The Blair Witch Project has craptacular photography, maybe cell phone photography will make my blog immediate and exciting... 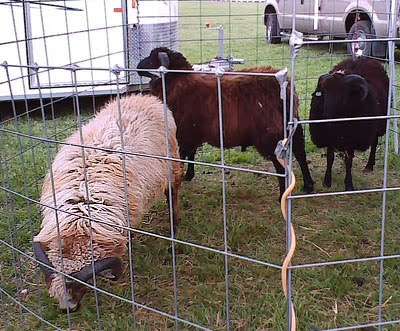 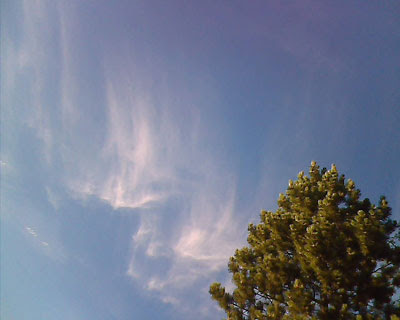 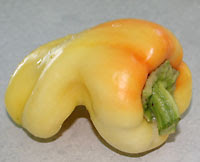 I've been a bad, lazy blogger, taking pictures and not posting them, so here are a few of the food photos.


A pretty pepper from my garden. 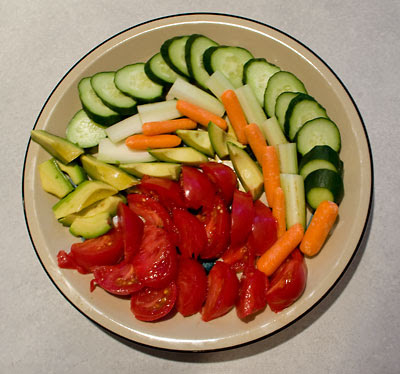 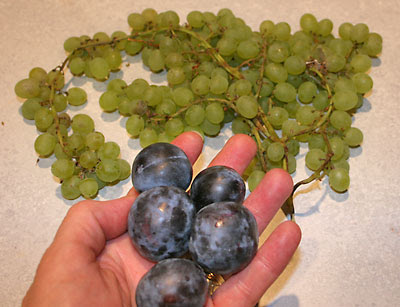 Bitty grapes from the back yard and little plums from the farmers' market. 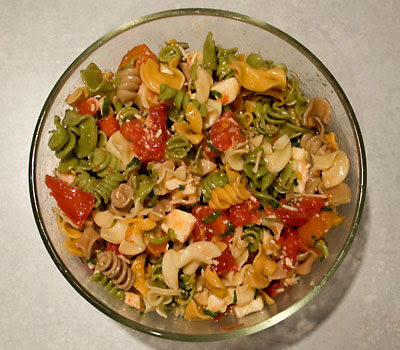 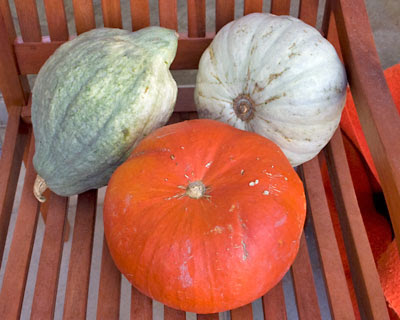 The Squash Sisters.
(You'll hear more about these girls in a few weeks.)
Posted by Wunx~ at 1:53 PM 2 comments:
Labels: food, photographs

The Engineer got on the plane with her yesterday and flew off to a foreign land.

Okay, okay, so I'm being overly dramatic; Canada may technically be a foreign land, but it feels more like a sibling. He did fly off with her, though.

It seems like she's with him all the time these days -- ever since he met her really. Where he goes, she goes. He's alert to her every need. He is at her beck and call. He actually listens to her. She's new and shiny and trim. I don't know that there's any way I can compete. 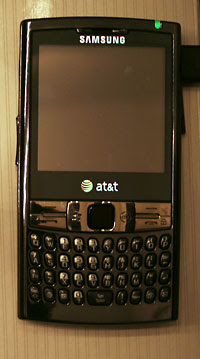 No, it's not the Engineer. It's the squirrel who lives in my back yard. He got his name a couple of years back when he filled every possible nook and cranny, including the lawnmower grass catcher, with pinecones. I made him a nice little storage shed and chummed it with some nuts. He ate the nuts and kept stuffing his pinecones into the grass catcher. 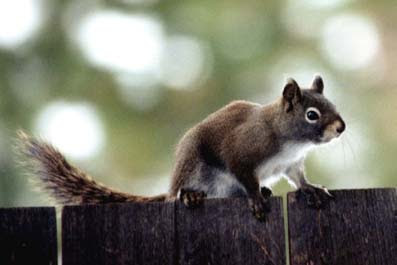 The house was painted over the last week - a good thing since it had been part yellow and part gray since the remodeling. Mr. Industrious, it turned out, did not like the house painter. 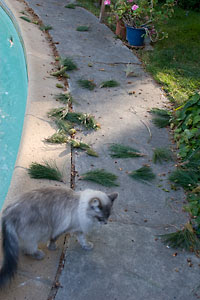 The entire time the painter was working on the back of the house, Mr. Industrious was cussing, tail lashing and throwing chunks of pine tree at him.

This is not a new behavior on Mr. I's part, he's been throwing things at the cats for some time now. Don't know if he's ever managed to bonk one on the head, but often he'll keep it up until one of the girls runs up the tree after him.

Maybe that explains why he bombed the painter for so long - the painter didn't climb the tree after Mr. I.

This is what the bottom of the swimming pool looks like. 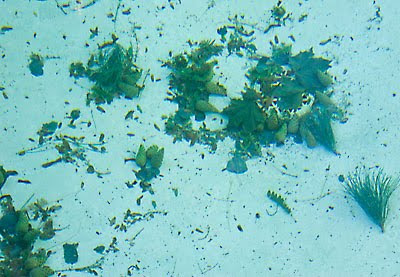 I wonder if Mr Industrious realizes that it's his winter chow he's chucking?
Posted by Wunx~ at 1:22 AM 3 comments:
Labels: squirrel behavior